2 Weeks ago, our school was lucky once again to be involved with the amazing APBIPA program whereby we hosted several Indonesian visitors who wish to experience first hand Australian Languages pedagogy. Leading up to the visit of Pak Bagus & his daughter, Trisna (Kak Dayu as she was known to students), I promoted their upcoming visit with both staff and students and to parents via the school newsletter. One aspect though that was kept secret, was their origin. This was so that students could have a face to face experience of Mystery Skype.

I found a google doc outlining the jobs a class in America uses for Mystery Skype. The job list for participating students sounded good, so we used that to get us started. Here are a list of the jobs we adapted (copied) from their suggestions:
Mappers
Google Earth Mappers
Logical Reasoners
runners
Supervisors
Question askers & Greeters (combined)
Question Keepers
Photographers

After discussing the duties and responsibility of each job, students then chose which job they would like to do and when we had too many names, we firstly played om pim pah and then rock, paper, scissors to whittle down the names.

Our Question Askers/Greeters did a great job in all 3 classes. They sat on stools in front of our guests who sat in comfortable chairs They began by first introducing themselves to Pak Bagus & Kak Dayu and then chatted generally to fill in the time while waiting for the Runners to pass on the question from the Logical Reasoners. Observing the relaxed and polite manner in which the Question Askers/Greeters chatted was really lovely to witness and it was great for them to have the opportunity and time to do so. Consequently the students discovered quite a lot of additional facts about Pak Bagus & Kak Dayu.

The Google Earth Mappers struggled with using Google Earth on the iPads. Their inability to keep up with the search was also due to the fact that at times, the runners did not fully consult with them nor keep them updated with the latest discovery. We now have 2 computers set up in the Indonesian classroom which should help enormously during a ‘real’ Mystery Skype! 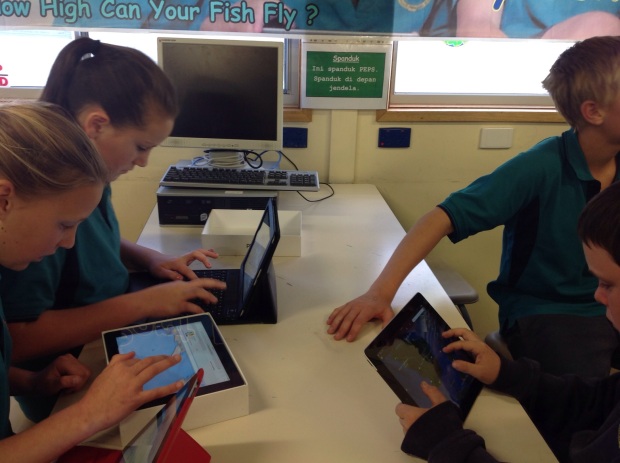 The Logical Reasoners did a brilliant job working collaboratively with the mappers. I realised late in the lesson that I needed to remove myself totally from this part of the room. It was the most exciting place to be but I was not helping them by adding comments and suggestions. It was so hard to relinquish control! However, once I did so, I discovered that I preferred being the observer and watching how the students were collaborating together. It was such a great sight. 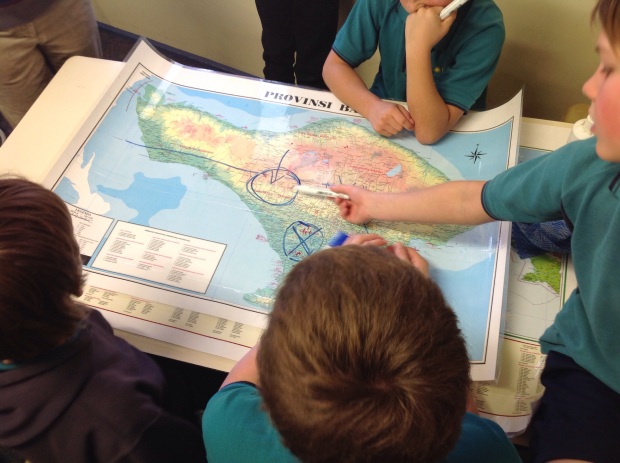 The Question Keepers did an awesome job. They waited patiently between questions and worked collaboratively to record both the questions and the answers. I felt that they weren’t consulted as much as they should have been to ensure questions weren’t repeated, but I’m sure this will be rectified during a ‘real’ Mystery Skype when the competition will be fiercer and tighter. 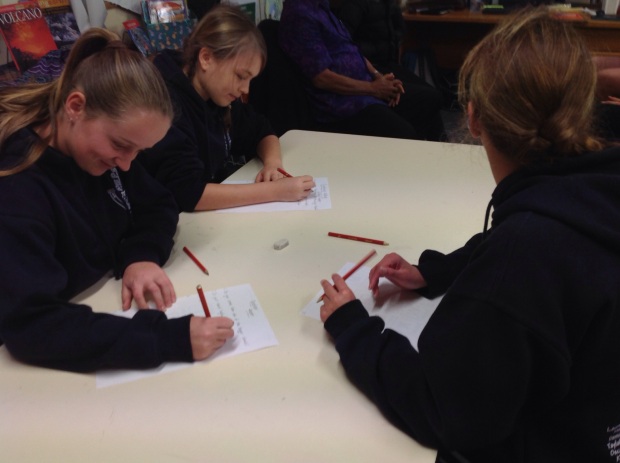 A couple of the Supervisors lacked confidence both in understanding fully their role and also in their own ability to keep others on track. We did have a few students in one particular class who chose not to contribute in any way to the Mystery Skype and the supervisors made a combined decision to ignore them – a valuable and useful teaching techniques I occasionally use myself!

The photographers did an awesome job and the great photos in this blog are proof of that!

All 3 classes thoroughly enjoyed this dummy run and are even more impatient to have a proper Mystery Skype session!